Thank you for joining us for the first year of Guessing Geisel! We’ve had a great time, and would especially like to thank the many contributors who brought us thoughtful insight and analysis time and again about some truly wonderful books. We will be taking a break for now but will be back again when award speculation heats up in the fall, so if you’re interested in joining the ranks of contributors please let us know.

Even though we’re taking a break for a few months, we’ve got our eyes open for upcoming titles for beginning readers.
There’s nothing like spending more time with favorite characters from an existing series. Here are a few friends we look forward to seeing again in 2017.

We also like to consider titles by previous Geisel winners and honorees. 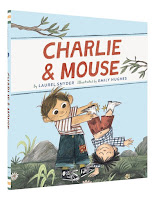 If you spot a title that you think has the potential for Geisel gold, let us know! We’ll keep comments on this post open while we’re on a break, or you can reach us by email. Happy reading!

Amy Seto Forrester
is a Children's Librarian at the Denver Public Library, Denver, Colorado. She earned her MLS from Texas Woman’s University. An active ALSC member, Amy is currently serving on the Nomination and Leadership Development Committee. Her ALSC committee work includes serving on the 2016 Geisel Award Committee. She reviews for School Library Journal, the Horn Book Guide, and Kirkus.
Amanda Foulk is the K-12 Specialist at Sacramento Public Library, Sacramento, California. She had the pleasure of serving as chair of the 2016 Theodor Seuss Geisel Award Committee. She has been an avid lurker (and occasional commenter) on fellow mock award blogs.
Misti Tidman
is the Collection Development Librarian for Youth Materials at the Mansfield/Richland County (Ohio) Public Library. She earned her MSLS at the University of Kentucky. As a member of ALSC, she's had the pleasure of previously serving on the Program Coordinating Committee, as well as the 2016 Geisel Award Committee. She also reviews for School Library Journal, and blogs at kidlitgeek.blogspot.com.
Kahla Gubanich
is the Children's Services Supervisor at the Brunswick Branch of Frederick County (Maryland) Public Library. She earned her MSLIS/MA in Children's Literature from Simmons College in Boston, where she was also an editorial intern for Candlewick Press. She has participated in and led several mock award discussions and has been a guest blogger on Guessing Geisel since its inception. She has a particular flare for proofreading and editing, and an unfortunate weakness for ice cream and ducks.